If history were taught in the form of stories, it would never be forgotten.

Menu
Visit our Blogs and Instructions

Mississinewa 1812 is the largest War of 1812 living history event in the United States! Sponsored by the Mississinewa Battlefield Society Inc (Marion, IN) with the support of the Department of Natural Resources. It is a historical commemoration of the Battle of Mississinewa fought in Grant County on December 17-18, 1812. It’s a step back in time to 1812! Faithful attention to authenticity has made Mississinewa 1812 the premiere living history event in Indiana. Here you will step back into the wilderness life of early Indiana Territory.

Military Encampments
Experience the days of the War of 1812 in the British and American military camps. View the daily life of the War of 1812 soldier. Ongoing demonstrations include field drill, artillery firing, musket and rifle drill, battlefield surgery, and daily battle reenactments.

Native American Village
The ancient culture of the woodland Indian dominates the largest reconstructed woodland Indian village in the United States. The traditional long house is the center piece for this glimpse of Indian life that has been on this site since 1752. In addition to storytelling and music, there are ongoing demonstrations of fire starting, cooking, and many other aspects of Native American life.

Rivertown
More than 140 merchants, artisans, food purveyors and musicians will delight you with their wares, demonstrations of 18th Century crafts, food and drink of 1812. Rivertown offers reproductions of many 1812 necessities including fine yard goods, silver and tin ware, pottery, muskets and candles.

Wilderness Area
Life along the rivers and streams in 1812 is recreated in the trapper, voyager, and pirate camps along the river. Each camp features ongoing demonstrations of fire starting, open fire cooking and storytelling in this unique display of wilderness life. Don’t be shy about inquiring into to their lifestyle. 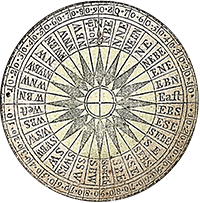 ‘Tell me and I forget.

Teach me and I remember.

Involve me and I learn.’